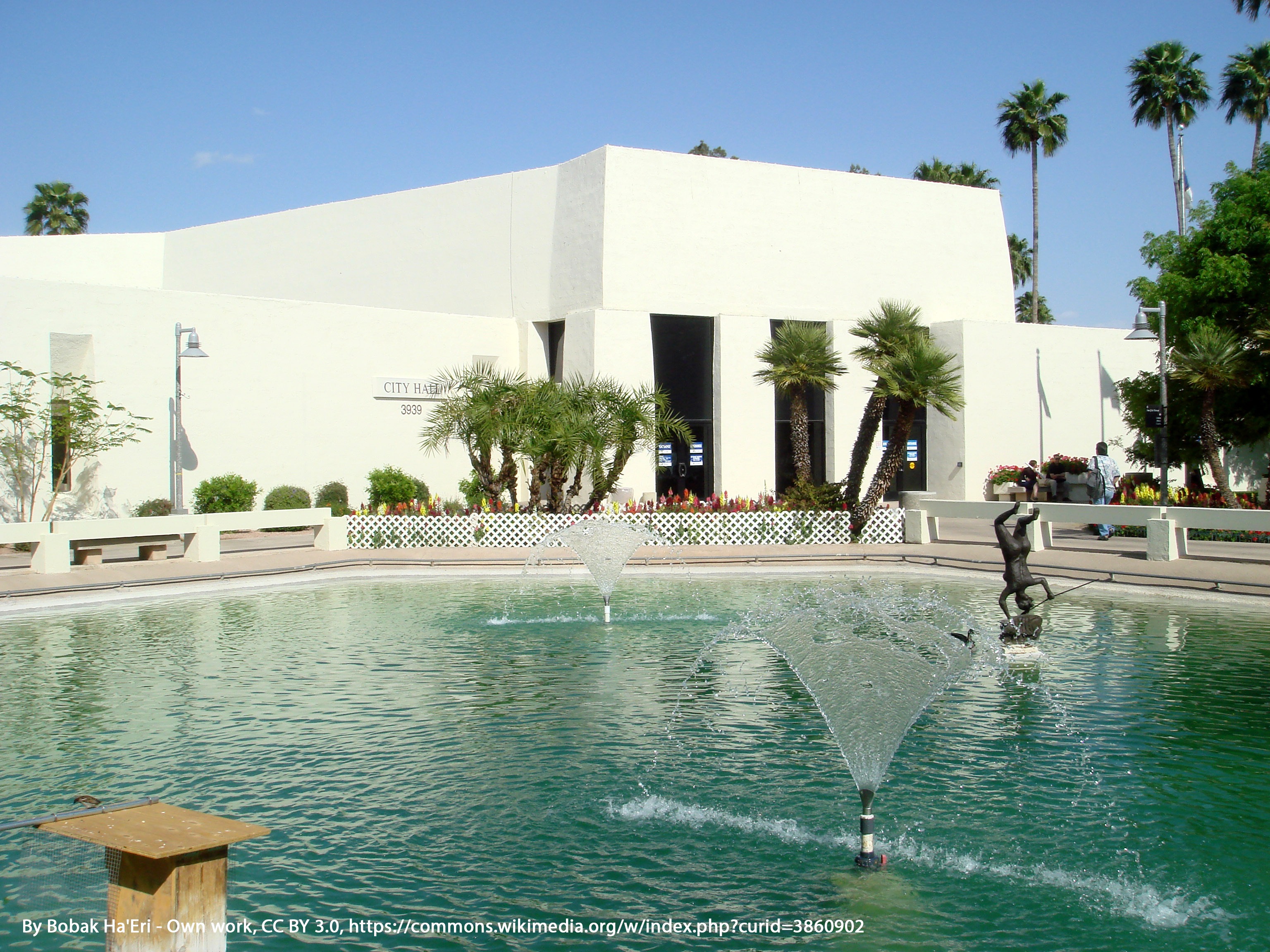 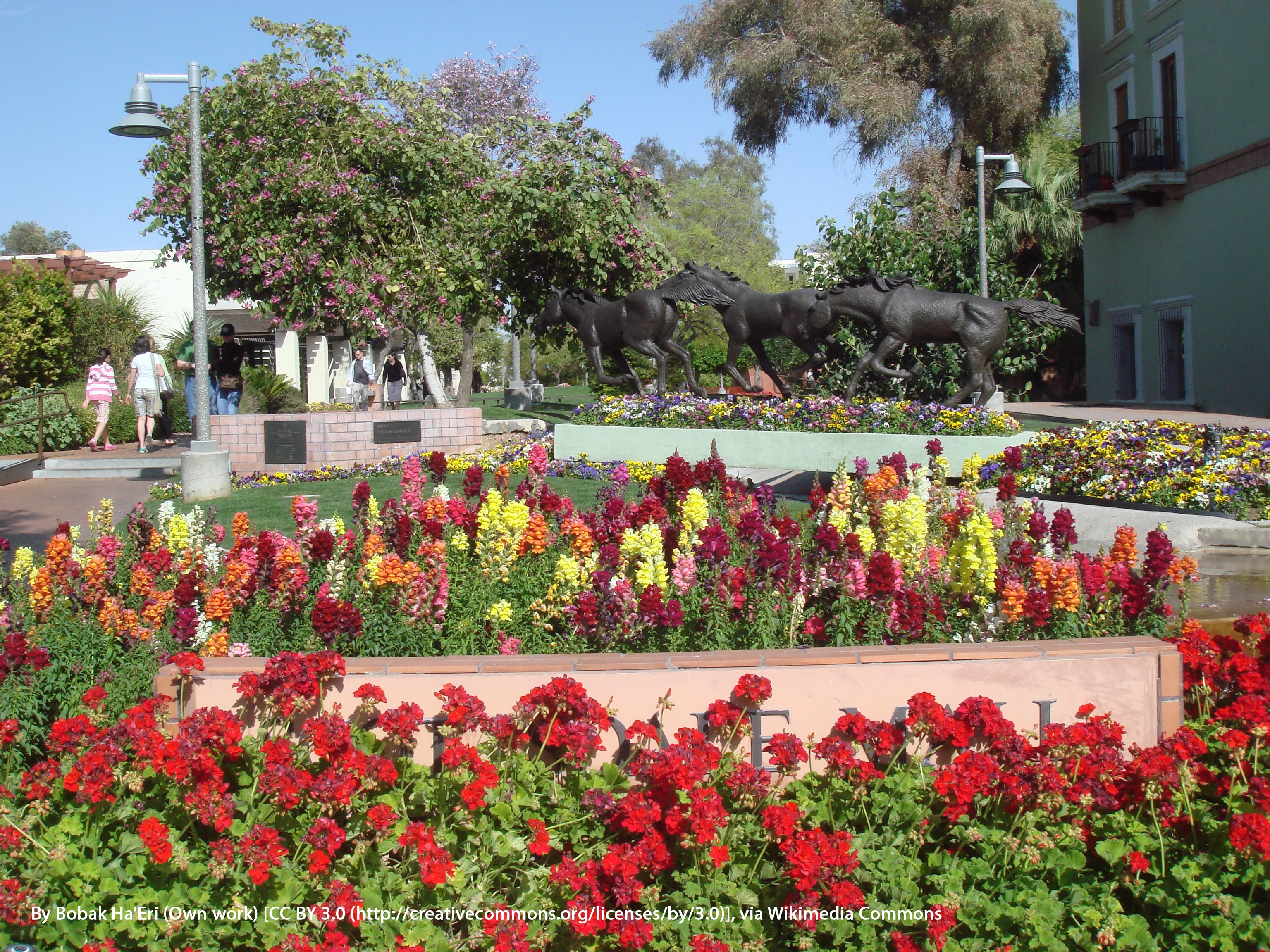 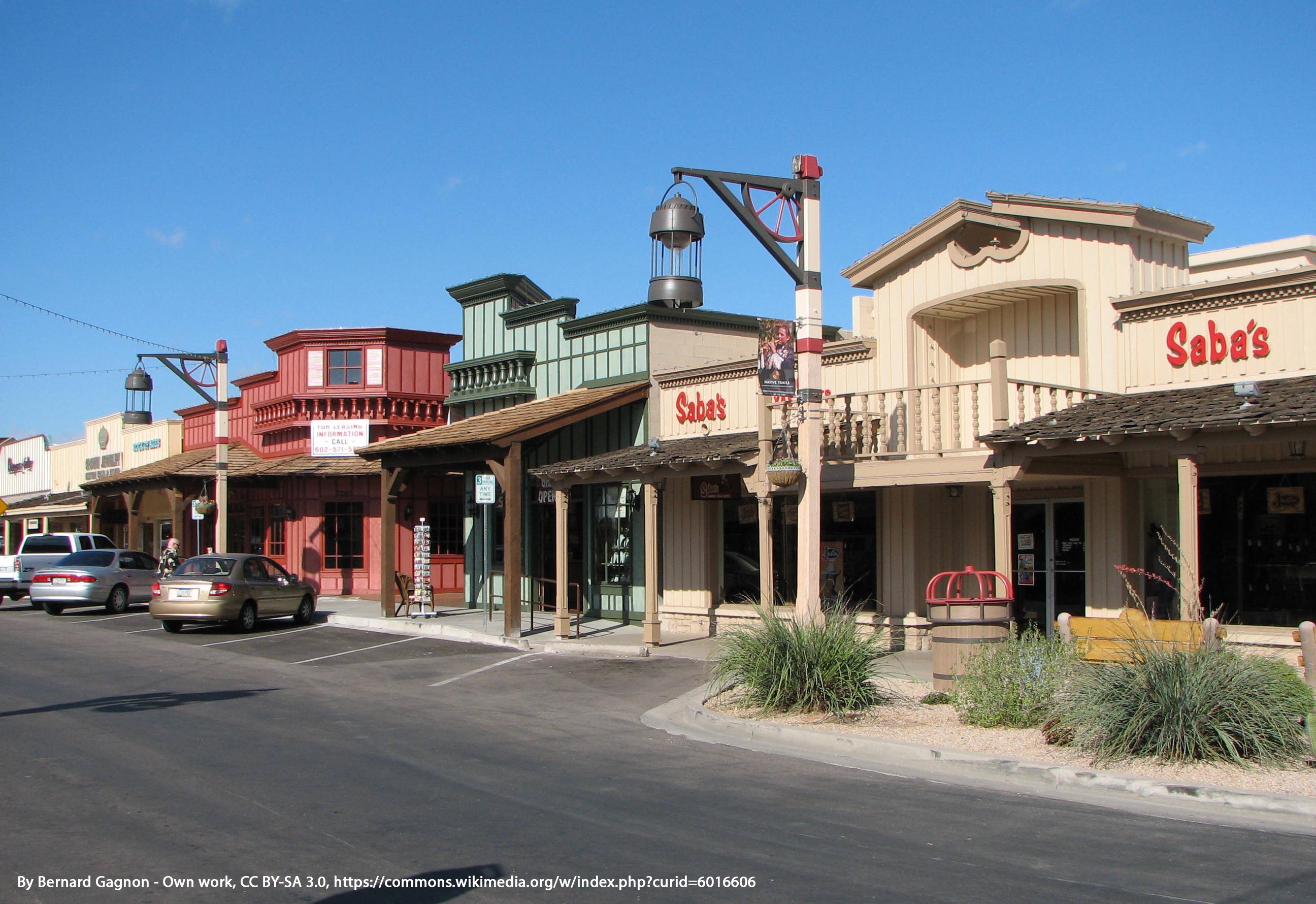 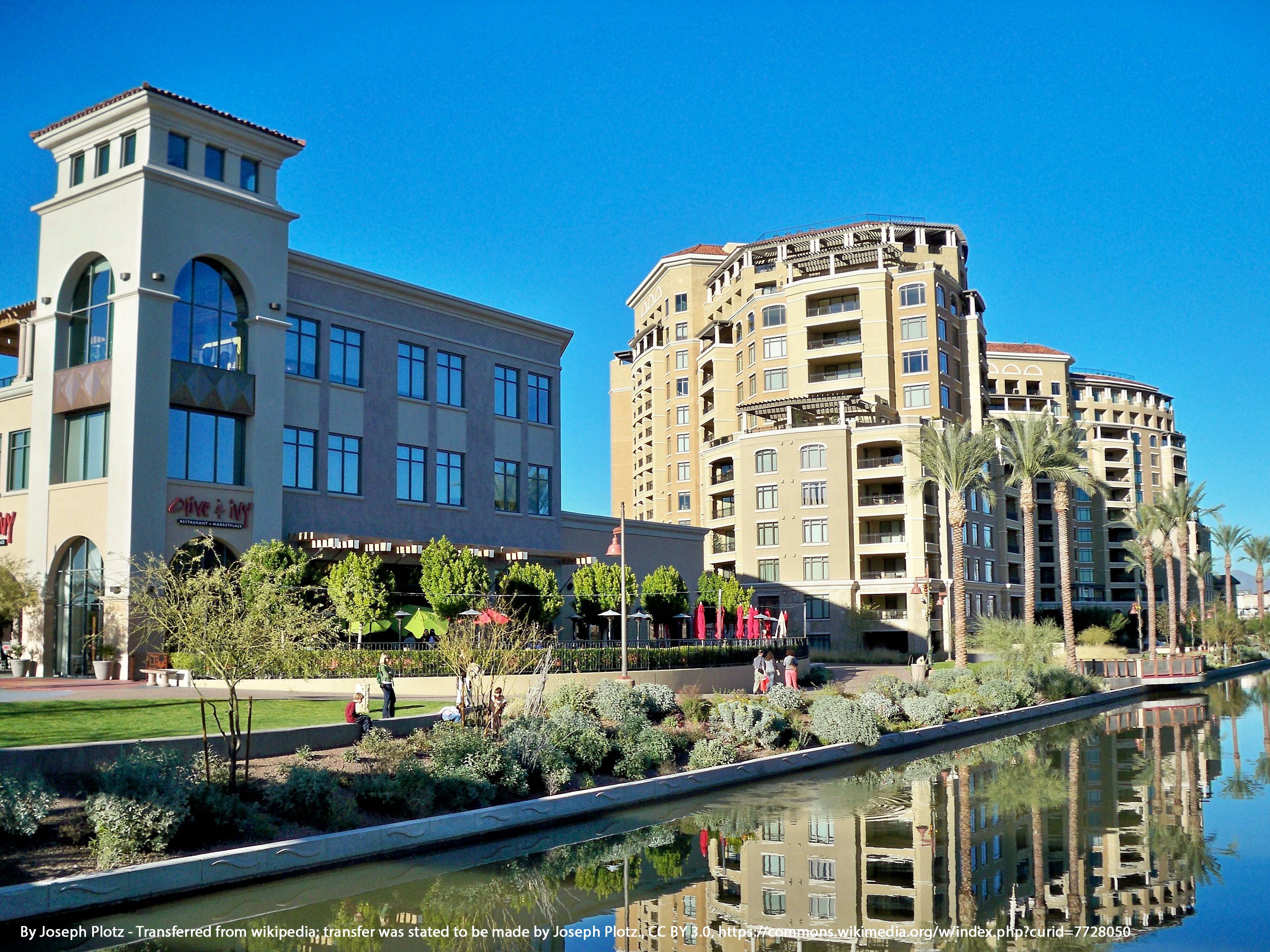 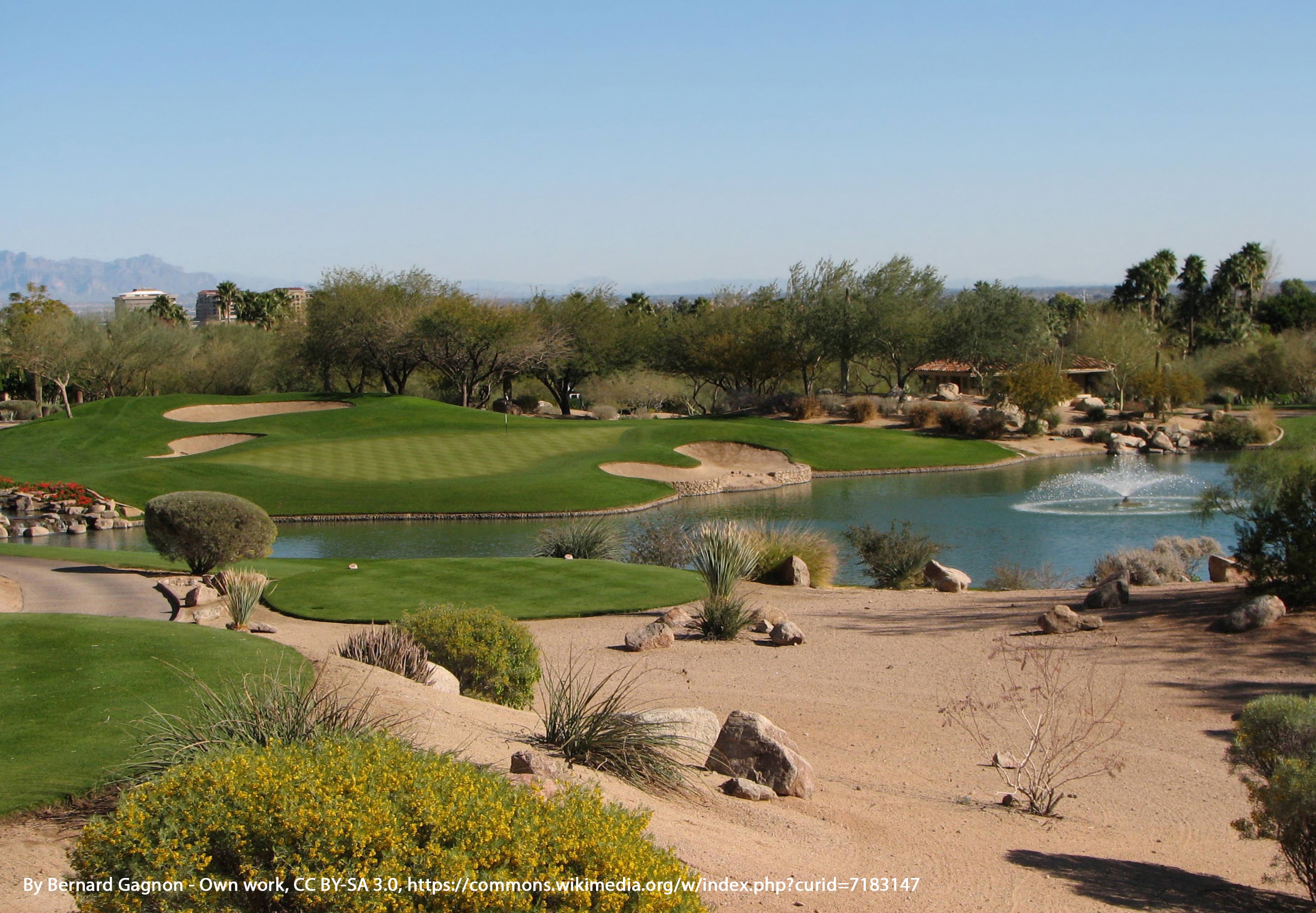 To say the land that makes up today’s downtown Scottsdale looks vastly different from what it looked like in 1888 would be an understatement. But in the same way hoteliers, restauranteurs and business owners see promise in the area now, so too did Winfield Scott then. After visiting the Salt River Valley in 1888, the U.S. Army Chaplain made a down payment on 640 acres near the center of what would be today’s downtown corridor with the intention of setting up shop as a farmer.

Farming and agriculture were the main draws, but Scott was able to lure plenty of others to the town under the guise of a chance at better health. It’s favorable climate, desert location and access to the Salt River proved a significant upgrade over colder, more barren locales. By 1896, these settlers had established Scottsdale’s first public school system, and by the early 1900s had become a haven for free-spirited creatives like writers and artists.

Soon, hotels began popping up, and the population grew steadily, in part due to the construction of the Granite Reef Dam (1908) and Roosevelt Dam (1911). It was in those first few decades that the town picked up the nickname, “The West’s Most Western Town,” because of the prevalence of ranching activity.

Like other American cities of its size, the Great Depression had a considerable impact on Scottsdale. However, one positive of this period was that another wave of artists made their way to the city—including famed architect, Frank Lloyd Wright, who bought 600 desert acres in 1937 and constructed his winter home and the Southwestern headquarters for his architectural firm.

After decades of continued expansion, the town officially incorporated in 1951 and by the end of the 1960s, the population had increased to nearly 70,000 and its land mass to 62 square miles.

The pleasant weather became a natural attraction for winter-weary visitors seeking to escape the cold, as tourism grew to be one of the area’s key economic drivers. The 1990s and 2000s also saw Scottsdale emerge as a major cultural hub, which has been a benefit for both locals and visitors alike.

As city leaders like to point out, Scottsdale can offer the best of both nature and civilization. One can seemingly spend the day riding horseback throughout the desert and then dance the night away at a chic nightclub later that evening.

Downtown Scottsdale—or what is better known as Old Town—is the city’s core and a popular attraction for shopping, art galleries, restaurants, bars and nightclubs. In a nod to the city’s history, the area (and most of its shops and galleries) have a distinctive Southwestern flair. Don’t be surprised to find jewelry stores or art museums dedicated to the work of Native Americans that once called the area home.

One of the crown jewels of Old Town’s art scene is the Scottsdale Museum of Contemporary Art (SMoCA), which boasts an assortment of compelling modern and contemporary art, architecture and design from artists located across the world. One of the most unique facets of the museum is its public “skyspace” that allows visitors to experience first-hand how the desert sky can rapidly change. There are also a variety of permanent and temporary exhibits, educational events and docent-led tours.

If your shopping list includes something a little larger than jewelry—and with a lot more horsepower—you may want to swing by the annual Barrett-Jackson Collector Car auction. Scottsdale is one of only four cities to host one of the company’s over-the-top auction events that includes classic and one-of-a-kind vehicles up for bid. The event also includes featured fine art, fashion and delectable food.

For lovers of the outdoors, Scottsdale’s McDowell Sonoran Preserve should be right up your alley. This picturesque spot offers unmatched hiking, horseback riding, mountain biking, rock-climbing and more than 100 miles of trails. Guided hike and bike tours that are 90 minutes in length and included free of charge are also available for those who prefer a more structured experience. Another outdoor spot for runners, joggers, bikers and rollerbladers, the Indian Bend Wash Greenbelt is a linear park that stretches 11 miles throughout the city and unites the town’s northern and southern ends.

If all that time outside has left you thirsty, and you’re in the mood for something a little stronger than water, stop by Salvatore Vineyards right in Scottsdale. You’ll enjoy the friendly and warm atmosphere of the tasting room, and the wine is some of the region’s finest.

With a population that now exceeds 240,000, the city of Scottsdale is one of Arizona’s 10 largest cities by population. Tourism dollars continue to fuel the city, as more than 9 million people visit annually. Those visitors ultimately contribute about $3.7 billion in economic impact to the local Scottsdale economy.

In early 2019, WalletHub named Scottsdale the best city in America to find a job. The financial-themed website reviewed 30 key indicators in determining its ranking, with Scottsdale topping 182 other cities for the title.

One move made by city leaders to aid in Scottsdale’s reputation as being an outstanding place to live and work was the conception of its five-year economic development plan. As a result of that plan, which began implementation in 2015, leaders were able to create and retain more than 4,000 jobs in the city.

Under the plan, significant growth in targeted industries that include health care and bio-life sciences, finance, insurance, technology and hospitality has occurred. Almost 20% of Arizona-based companies have their headquarters in Scottsdale.

Prominent companies with a presence in Scottsdale include The Mayo Clinic—which chose the city for the location of one of its three exclusive facilities—along with for-profit managed health care giant, Magellan Health.

Though there is a small, single-runway airport in North Scottsdale, commercial air travel is generally served by nearby Phoenix Sky Harbor International Airport. For commuting within the city, Valley Metro provides bus service throughout the area, while a network of circulators called the “Scottsdale Trolley” transports passengers through downtown and into adjacent neighborhoods in south Scottsdale. State Route 101 is an easily accessible freeway that supplies access to cities throughout the Metropolitan Phoenix area.