As Chief Executive Officer of Berkshire Hathaway HomeServices Nevada Properties,Mark Stark is responsible for the overall strategic vision of the Company, including the development of: Las Vegas realtor recruiting and retention programs, corporate marketing initiatives, and market expansion and acquisition initiatives.Mark began selling real estate while he was a student at UNLV IN 1985.Five years later Mark entered the management ranks of Prudential as an assistant manager and after running his own office for several years became a partner and CEO;in 1997. In October of 2004, Mr. Stark completed the acquisition of 100% of the ownership in the company and now looks forward to shaping its growth for the future. Mark maintains a blog about Life, Business and Real Estate Success.

Over the past 17 years, Gordon Miles has earned a stellar reputation first as a top producing luxury agent then as a leading Broker, specializing in high-end marketplaces. Prior to joining the Nevada Properties Team, Gordon spent more than 10 years previously with Coldwell Banker Real Estate running brokerages in high profile Luxury areas such as Sedona, Palm Springs, Phoenix / Scottsdale and the Reno Lake Tahoe markets where he was Broker and co-owner of Coldwell Banker Village/Incline Village Realty. He is recognized and respected as one of the foremost brokerage operators in the country. Gordon is a licensed real estate broker in multiple states and holds the CRB, GRI and ABR designations. He earned his degree at the University of Nevada, Reno. He is listed in the Who’s Who in Real Estate, and has been recognized as a national leading expert on the Luxury Home Market as featured in: Unique Homes, Rob Report, Wall Street Journal, Los Angeles Times and numerous other local and national publications.

Former President, CEO and Designated Broker for C21 Metro Alliance, Charles McLean joined Prudential Arizona Properties as the Designated Broker in May 2009 and expanded his role to Chief Operating Officer (COO) in July 2010. Charles has been engaged in the real estate profession since 1981 and during most of those years has owned and operated his own company. His high level of knowledge and strong commitment to upholding the highest ethical standards have been a trademark of this highly successful real estate veteran. 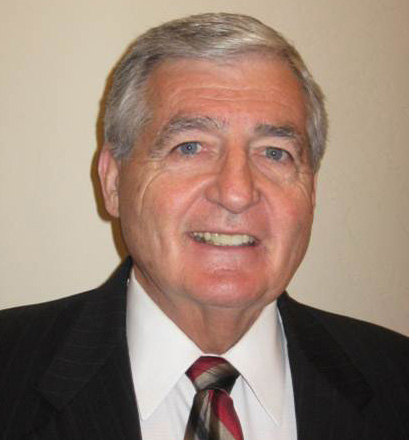 Rick Berube is Berkshire Hathaway HomeServices Nevada Properties, Vice President of Sales. He received his real estate license at the age of 19, after completing 2 years of college. Within 10 years of starting his career in real estate, he was consistently doing more than 100 deals a year, reaching number one in transactions for ReMax of New England in 1993! Then, in 1995, Mike Ferry asked him to be one of the first five One-on-One coaches. A speaker for the Mike Ferry Organization, Rick has presented at seminars and training events all over the countryâ€•with a few in Italy. He has also written several articles for SELLING Magazine, and written a book titled Success is a Verb!

Today, I’ve been in real estate for 31 years, training, coaching, and helping people to maximize their potential and achieve their goals.